Our clients are our priority!

Our clients are our

Mouldmaking since 1968, Molde Matos has firmly made a name for itself in the industry as a business partner for life.

Our company’s motto, “ALWAYS BETTER”, coupled with cutting-edge technology and the highest quality standards applied to the execution of each and every task ensures that we deliver a high-quality product, time and again.

Quality is much more than a set of standards - more than anything, it is the approach employed by every company member. We have overcome every obstacle and grown, and today we can say that we are among the industry's largest and most qualified mould manufacturers.

Molde Matos S. A. is headquartered at Estrada Da Nazare no. 2 in Moita and is registered in the Alcobaca Commercial Registry Office as taxpayer no. 500195609, holder of registered share capital worth 50,000.00.

Our team is currently made up of around 50 employees, who have amassed vast knowledge and experience in designing and executing moulds, allowing us to produce a vast variety of moulds to meet any number of needs.

A united team
ABOUT US

Molde Matos S. A. is an industrial company that operates in the light metalworking sector, manufacturing plastic injection moulds.

Manufacturing moulds that range from 30kg to 32 tonnes, we serve a range of industries from automotive, household appliances and electronics to toys, packaging, piping, and household utilities.

Having reached a technical capacity and equipment quality that allows us to compete with the best industry players, the company has mainly targeted the export market.
Our Quality Management System was certified as meeting standard NP EN ISO 9002 in 1994, it then being replaced by standard NP EN ISO 9001 in 2003. 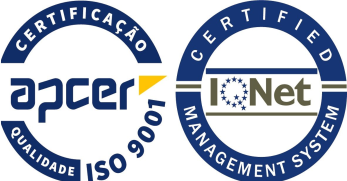 Get in touch! We can't wait to get started!